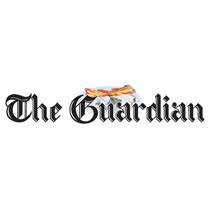 The Corona Virus (COVID-19), is now assured to have an impact on our Island economy. This article is certainly not a fear-fueled position, but an acknowledgment the economic environment is shifting, and we need to prepare.

The markets seem to acknowledge the severity. At the time of writing this article, the Bank of Canada had not met to consider interest rates, but it seems inconceivable the Bank would not drop rates. Central banking rates around the globe were falling from Australia to the United States. The most significant marker that the global economy is being impacted by the corona virus was the half percentage cut by the Federal Reserve earlier this week.

From regular conversations with colleagues around the globe, the impacts are measurable. Restaurants in Hong Kong are quiet, manufacturing pollution from mainland China is substantially decreased, airlines are experiencing reduced bookings and reduced fares, and large meetings are being deferred due to fear. But is the rising fear rational behavior, or was the economy waiting for a shoe to drop?

Unfortunately, the mortality rate of the traditional flu can be as high as 60,000 people annually. COVID-19 is expected to have wide global impacts and will likely be deemed a pandemic. Projections suggest mortality could be as high as 3.4%, but this is just an estimate and the virus can always further mutate. Just like the influenza, there are precautions people should take.

Stock markets have reacted as one would expect to an unknown fear, logging the worst week since the 2008 Financial Crisis. Markets continue to seek stability as true economic impacts are calculated.

Will Island business be impacted, probably. Possible reduced access to goods (mostly driven by excessive fear consumption), short-term supply chain disruptions, productivity impacts due to illness, decreased demand exported products all easily forecasted. But the industry that we will have most difficulty adapting to may be tourism.

There are important lessons from recent viral outbreaks that should be studied. Confederation Analytics did a quick scan of market impacts and discovered some compelling trends. In 2003, Canadian Tourism was experiencing a demand recovery, until the first SARS case was reported in Canada. PFK Consulting reported that over two million room nights were lost in the second quarter of that year, 2003.

SARS cost the country $5.25 billion and about 28,000 jobs, according to a 2014 report by Kai Ostwald, an assistant professor at the University of British Columbia’s School of Public Policy and Global Affairs.

“Toronto hotels, according to KPMG, were probably the most affected tourism sector with an estimated 75 percent loss in revenue.” Toronto’s tourism sector experienced a loss of 12,100 jobs mostly concentrated in the accommodation and food and beverage sector, Tufts 2003.

Tourism contributes 6.4 per cent of PEI’s total GDP, higher than any other province and total revenues were $447 million in 2018, according to the Employment Journey. For every $1 in provincial investment, $2.80 is generated and the sector provides up to 17,000 jobs annually. Last year Charlottetown’s cruise ship visitation was up 29.5%. The Tourism sector is a significant and wide-reaching economic contributor.

An impact to tourism, is a shock to our budgetary process and in the 2019-2020 budget estimate, PEI is expecting $6,545,500 in Tourism revenues. The Corona virus could have a material impact on an important sector to our economy and the $27.8 million short-term accommodation contribution. How is seasonal job growth impacted, what happens to our labour immigration focus and how could a potential oversupply of housing impact the market?

Our global economies remain interconnected, despite populism and protectionist economic policies. A butterfly’s wing beat, or a sneeze, halfway around the globe can have local effects. As this story unfolds, monitoring changes and adapting to conditions will a policy priority for our provincial government; as the impact will be swift but temporary.